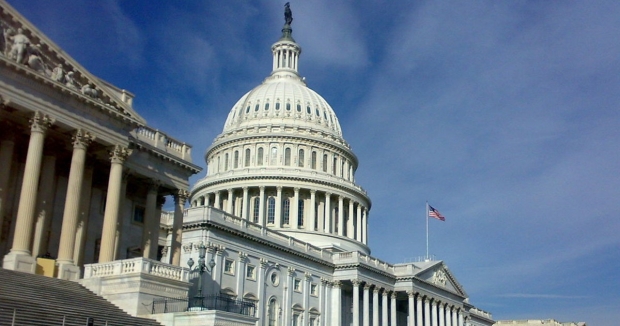 Congress agreed to two major pieces of legislation by overwhelming margins in the past few weeks. On December 21, it passed a roughly $900 billion COVID-19 stimulus bill, which also included temporary funding for other government operations. It then overrode a veto from President Donald Trump on the $740 billion National Defense Authorization Act (NDAA) on New Year’s Day.

Of the final votes in the House and Senate on both bills, the “closest” vote was 322-87 in the House. This is equal to about 79% of House members voting to override the veto, well above the two-thirds threshold needed.

Passage of both bills had contentious periods, though. The stimulus had been delayed for months, with Republican and Democrat members initially far apart. Trump’s NDAA veto added uncertainty to a process that had led to passage of a military bill every year for the past 59 years, as mentioned by both left-rated and right-rated sources.

Yet, both ended up receiving very strong support from both chambers.

So how did media sources do highlighting these examples of broad bipartisanship? Among the articles analyzed, the Wall Street Journal’s coverage of the COVID-19 stimulus bill came closest to ideal, starting with a headline that identified the overwhelming nature of the bipartisan support. The article then provided vote counts, and let the quotes of members of Congress drive the story. Other articles were largely objective but less forceful about the extent of the bipartisanship, and included small details that may have triggered partisan feelings in audiences that ideologically align with the sources.

The Wall Street Journal was the only source to highlight the “overwhelming” vote in its headline. Meanwhile, the headlines for the other articles merely noted the bill’s passage, without any indication of the magnitude of the support.

The Wall Street Journal and Vox also included the final vote totals in the articles themselves. Meanwhile, the much shorter Washington Times article only noted “strong” bipartisan support, without any supporting data.

Finally, the Wall Street Journal article presented many details of the bill and generally let the leading players on Capitol Hill drive the storyline: Senate Majority Leader Mitch McConnell (R-Ky.) was pleased but noted it was not perfect; Democrats were also pleased but said more stimulus was needed; and certain Republicans still thought the bill was too expensive.

The other articles sometimes included subtle aspects that could trigger some partisan feelings in their readers. The Washington Times article’s first sentence included a phrase that Democrats and Republicans “rushed to pass a new round of coronavirus relief,” which may suggest to some a lack of rigor or thoughtfulness in government spending. The Vox article provided commentary on the legislation as “designed to be a short-term bridge,” implicitly supporting the argument from Democrats that more stimulus is necessary.

AllSides highlighted three articles about the NDAA from The Guardian (Lean Left), Washington Examiner (Lean Right) and The Hill (Center).

None of the headlines for the three articles mentioned just how wide of a margin the override was, well above the two-thirds thresholds in the House and Senate. The Washington Examiner’s headline included the phrase “forcing it into law over president’s objection,” which some conservatives might read as being critical of lawmakers who disagree with the president.

The Guardian remained relatively objective until the last paragraph, where it discussed the loosely-related point that Trump was tweeting about Electoral College votes while Congress voted, a detail likely to inflame partisan passions of liberals reading the article. Aside from the possible issue with the headline, the Washington Examiner remained fairly neutral, and it included quotes about the importance of the legislation from both the Armed Services Committee Chairman James Inhofe (R-Okla.) and Ranking Member Sheldon Whitehouse (D-R.I.).