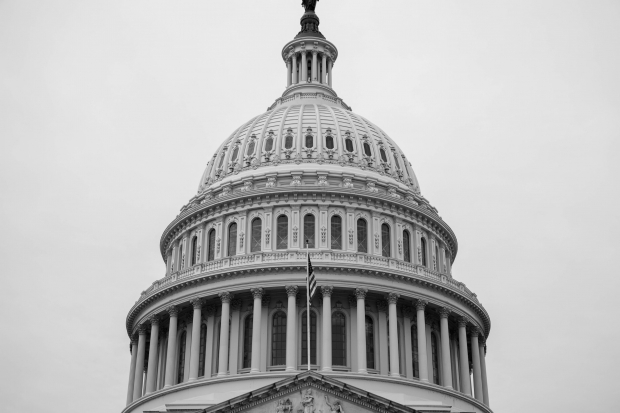 This piece was written by Jessica Carpenter from BridgeUSA, which AllSides rates as Mixed. Read more about Mixed ratings here.

On Thursday, the White House hosted a "United We Stand" Summit to counter the “corrosive effects of hate-fueled violence on our democracy”. The event brought together local leaders, civil rights organizations, experts and community groups, with an emphasis on communities that have experienced hate-based violence.

It's no secret that bridge-building is more important than ever. One in five adults in the United States believe that political violence is justified at least in some circumstances, according to a July article by The Guardian (Lean Left bias). And over half (50.1%) agreed that “in the next few years, there will be civil war in the United States, including 35% of young people who believed they may see a second U.S. civil war within their lifetimes.

As the largest youth-led organization bridging divides on college campuses and high schools, we at BridgeUSA are wary that this summit will do what it’s intended to.

While this Unity Summit draws attention to the goal of unity and addressing political violence, it is clear that the White House’s focus in the lead up to November is the 2022 midterm elections. Whether it was the Sep 1 speech on democracy, which was perceived by many as a wholesale attack on all Republicans, or constant reminders from the White House about the threat that President Trump poses, holding a summit on unity in the middle of peak election season is poor timing and risks politicizing bridge-building.

Winning elections and politicizing unity do not have to be mutually exclusive ends. And the Unity Summit and the rhetoric coming out of the White House are only making it harder for Americans to actually unify.

Don't get us wrong, there are many good initiatives stemming from this summit, including investments in local bridge-building organizations and educational institutions. However, the fact that this support was given in the wake of the midterm elections positions bridge-building as a key political issue leading up to November. Politicizing bridge-building would hurt our ability to reach certain communities and bring different voices into the discussion, including those who don’t see themselves reflected in the mission to unite our country.

The need to heal our divisions is obvious. We can’t let the concept of bridge-building inversely make these divides worse. How do we make sure this doesn’t happen?

As "unity" makes its way to the forefront of national politics, we must remind ourselves to be steadfast in our goal: Creating a space for Americans across the political spectrum to engage constructively, so long as they want to.

To capitalize on this moment and ensure our mission resonates within our communities we can:

It's also important that we hold ourselves and our parties accountable for mending our divides. We have a unique opportunity to practice and create the political culture we want to see.

Yes, we must address the rise in hate-fueled violence. Yes, we must also recognize that fringe elements on the far right are valid threats to our democracy. But, let’s be nuanced in our threat assessment and create spaces that unite all Americans against all forms of authoritarianism and violence in our country.

We appreciate that the idea of bridge-building is making its way to the national stage. We appreciate this opportunity to showcase the important work all of our organizations are doing. But bridge-building is not an initiative of one political side over another. We must use this moment to show Americans that bridging is possible, what the benefits of engaging are, and the potential of our communities doing it together, regardless of political party. With more eyes on this movement, what we do and how we embody "unity" is important for dictating the success of our work.

BridgeUSA is a largest and fastest multi-partisan student movement fighting polarization in colleges and high schools across the nation. Through their college and high school chapters, BridgeUSA students are standing up for a politics that rewards empathy and dialogue over division and anger. Learn more about BridgeUSA.

This piece was reviewed and edited by Henry A. Brechter, AllSides Managing Editor (Center bias).