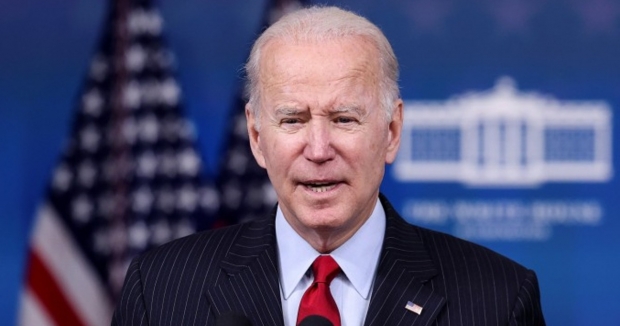 President Joe Biden's interactions with China and Russia made top headlines across the political spectrum this week.

On Monday, Biden said that the U.S. would stage a diplomatic boycott of the 2022 Beijing Olympics over China's abuse and detainment of Uighur Muslims. U.S. athletes still plan to compete but no U.S. officials will attend. China threatened consequences in response. China has also been scrutinized regarding tennis star Peng Shuai, who recently disappeared after accusing a former Chinese Communist Party official of sexual assault.

On Tuesday, Biden talked virtually with Russian President Vladimir Putin for two hours. Biden reportedly threatened Putin with economic consequences over the situation in Ukraine, where tens of thousands of Russian troops close to the border have sparked fears of an invasion. Few specifics of the call were made public; Putin said afterward that he'd follow up with the White House "within a week."

Right-rated voices were often critical of Biden, painting him as weak and unable to keep pace with Putin, China's Xi Jinping and other world leaders. Some left-rated sources focused more on Biden's criticisms of Putin and Xi. One Washington Post (Lean Left bias) columnist praised Biden for purportedly challenging global foes more intensely than Trump did. Some pundits called on Biden work with other free nations to counter threats from Russia and China.

"White House officials said Biden's phone call with Putin ended without the president gaining any clarity on whether the Russian leader had made up his mind to launch an attack, though both leaders spoke Wednesday about the possibility of opening up new diplomatic channels in an effort to avoid the outbreak of war. Putin has argued that the presence of NATO troops near the Russian border threatens its national security, a situation made worse by Ukraine's potential future membership in the defense bloc."

"Our adversaries have clear goals and iron fists, we have a fumbling, mumbling president who leads an alliance of largely disarmed welfare states formerly known as NATO. Our military is a woke but sleeping giant. As presidents go, Biden is an especially weak one. He can’t unite his own party in Congress, and members of various factions feel no need to give him the legislation he wants. Nobody fears him."

"With nearly 100,000 troops now massed across Ukraine’s eastern, northern and southern borders and more on the way, even the Ukrainian officials responsible for their country’s defense acknowledge that without a significant influx of resources, their forces do not stand much of a chance."

"The week's events have laid bare competing crosscurrents of Biden's foreign policy -- at once isolating anti-democratic regimes while also trying to engage their leaders. It's a balancing act that crystallizes the competition Biden sees as defining the rest of the 21st century -- democracy vs. autocracy -- while showing some echoes of the previous one."

"All sides agree that Russia’s desire to alter the status quo has created the crisis, and that a direct military confrontation between Russia and the West would be catastrophic. They differ on how to respond. There are broadly three positions: that Moscow is bluffing, that it poses a real threat to Kyiv and Ukraine should make concessions, or that Washington and its allies must threaten a strong response to deter further Russian aggression."

"...a state media pundit said he hoped that President Joe Biden, who is 79, would live long enough to see China boycott the Los Angeles Summer Games in 2028. The official line out of Beijing is that it couldn't care less whether American government officials attend the Games in February. But these comments tell a different story."