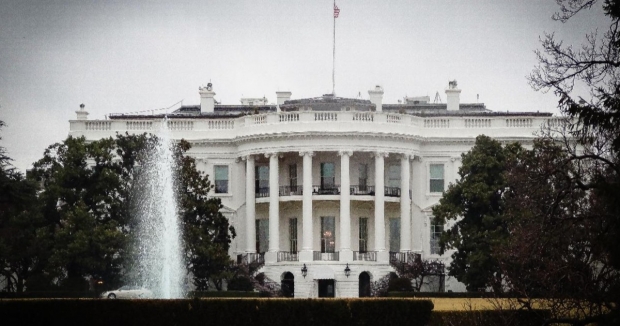 President Biden signed his administration's $1.9 trillion COVID-19 relief package into law Thursday afternoon. Both houses of Congress approved the bill, which includes stimulus checks, state and local government aid, child tax credits, jobless benefits and funds for vaccine distribution. Democrat lawmakers widely supported the legislation as a mandatory stimulant for a pandemic-stricken economy and populous. None of the 261 Republicans in Congress voted for it; many say it includes unnecessary provisions and fear it will have lasting negative effects on the economy and federal budget.

Coverage from left-rated media often framed the bill as a win for Biden and the American people; some left-rated voices highlighted specific ways the bill will benefit communities in need. Right-rated media coverage often reflected GOP concerns about the bill, painting it as a polarized move that purportedly goes against the Biden administration's focus on unity and bipartisanship. Some voices throughout the spectrum, especially right-rated voices, echoed warnings about the bill's long-term economic impacts.

Perspectives: How has the #MeToo movement been polarized by partisan politics?; and animosity towards members of an opposing political party has worsened recently. But a new study says that much of that may be misguided.

More from AllSides: We are testing CivilDialogues.org, an online consensus-building platform, and asking users to spend 60 minutes exploring and voting on current resolutions. Get started here!; Download the AllSides mobile app for balanced news on the go. Available for iOS and Android; and you can support our work and mission by becoming a sustaining member of AllSides. Sustaining memberships allow you to read AllSides ad-free.

‘Kennedy On Stimulus: Calling It ‘A Coronavirus Bill’ Is Like Thinking ‘The Stripper Really Likes You’

"Republicans warned that only a small percentage of the American Rescue Plan was actually going toward Covid-19 relief, and that the rest is filled with pork, far-left policies, and bailouts—hence why it passed on a party-line vote. One provision in the $1.9 trillion legislation that’s now coming under scrutiny is the $86 billion bailout for failing pensions. As The New York Times reports, taxpayer money is going towards problems that existed prior to the pandemic."

"Senators voted 50-49 along party lines with one Republican—Sen. Dan Sullivan of Alaska—absent. The approval got Democrats one step closer to fulfilling one of the biggest early priorities for President Joe Biden."

"Whatever the outcome, Democrats need to seriously consider what it would take to expand this provision — as it stands, it's set to last for only the next year. Because I, for one, am tired of Congress' doing backflips to justify helping people, coming up with tax write-offs and credits and rebates and whatever else it takes to avoid its seeming like the federal government is helping balance the scales toward the nation's poorest."

Broad Public Support for Coronavirus Aid Package; Just a Third Say It Spends Too Much

"Only about three-in-ten (28%) oppose the bill, which provides economic aid to businesses, individuals and state and local governments. While congressional votes on the legislation have been deeply divided along partisan lines, 41% of Republicans and Republican-leaning independents support the measure. The bill draws overwhelming support from Democrats and Democratic leaners (94% favor)."

"As President Joe Biden’s $1.9 trillion American Rescue Plan speeds toward final passage this week, Democrats are hailing the bill as one of the most sweeping pieces of progressive legislation in decades – one that they say will lift millions of Americans, particularly children, out of poverty, and could herald a deeper and more long-term shift in public attitudes toward government assistance."