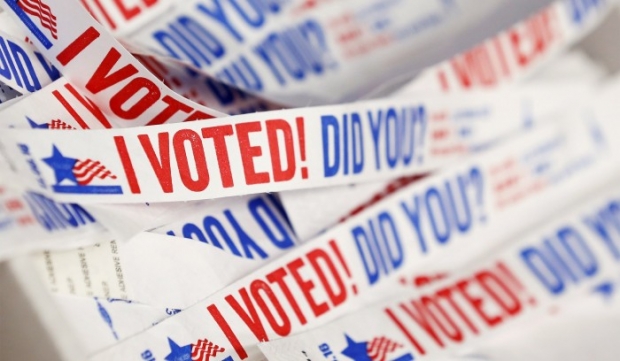 As a Biden-Harris Administration slowly begins to take shape, current President Donald Trump is arguing that the 2020 presidential election was manipulated in Joe Biden's favor. Most major news outlets projected Biden as the election's winner last weekend; some, particularly right-rated sources, did not. Lawsuits filed in multiple states are alleging various forms of voter fraud purportedly meant to hurt the president. Despite the ongoing litigation, Biden is widely expected to be elected president.

The media is polarized over the ongoing election process, especially the reports of voter fraud. Many left- and center-rated outlets are focused on fact-checking false voter fraud claims, and some voices have criticized Trump and other Republicans for allegedly furthering dangerous misinformation about the electoral process. Many right-rated outlets have focused coverage on specific examples of purported voter fraud in battleground states; some voices have accosted both left- and right-rated media outlets for allegedly calling the election too soon. Some on both sides have argued that while any possible fraud is unlikely to overturn the election, it should still be thoroughly investigated and prevented in the interest of election integrity.

On the Blog: Most of the media has declared Biden the next president — but that doesn't necessarily mean the result is set in stone; and if Biden is officially elected, Mitch McConnell may become the most important elected official in the United States.

More from AllSides: The only news app you'll ever need is finally here! The AllSides mobile app is now available on iOS devices — download it today (Android version coming soon); Should the media refer to Biden as the "president-elect" or "projected winner"? Why does it matter?; and you can also now support our work and mission by becoming a sustaining member of AllSides. Sustaining memberships allow you to read AllSides ad-free.

"Between now and Inauguration Day, McConnell will need Trump’s support to pass a year-end omnibus spending bill and a targeted coronavirus relief package, two of his top priorities for the lame-duck session — something that is far from guaranteed. Failure to pass a spending bill before Dec. 12 would lead to a government shutdown. Still, McConnell has been careful not to directly endorse Trump’s fraud claims, which could undermine the legitimacy of an election that is expected to return Republicans to the Senate majority."

"'People seeking to delegitimize election results are weaving real-world events, such as isolated confrontations with poll workers or broken voting machines, into claims of broader malfeasance by nefarious partisans on one side or the other...We are seeing five types of false and misleading narratives that people are spreading and are likely to spread online, wittingly or not. We urge people to be alert for — and to avoid spreading — the following types of misinformation, which erode trust in the electoral process and in one another."

"U.S. Attorney General William Barr has authorized the Department of Justice to investigate "substantial allegations" of voting irregularities in this year's presidential election despite little evidence of widespread voter fraud, according to a memo obtained by the Associated Press. In the memo to U.S. attorneys, Barr said investigations "may be conducted if there are clear and apparently-credible allegations of irregularities that, if true, could potentially impact the outcome of a federal election in an individual State."

"'The Associated Press and thousands of other news organizations reported on Saturday that Joseph R. Biden Jr. had won the 2020 presidential election. Since then a number of right-wing websites have refused to accept Mr. Biden’s victory, backing baseless accusations by President Trump and his allies of a stolen election, despite statements to the contrary from international observers and state officials across the country."

"The software used to tabulate votes in one Michigan county sent at least 6,000 Republican votes to Democratic candidates, the state's GOP Chairwoman Laura Cox revealed at a press conference Friday. The county has since swung back to Republican. 47 counties used this malfunctioning software, Cox reported while joined by Republican National Committee Chairwoman Ronna McDaniel in Bloomfield Hills. The duo called on state officials to open up the ballot counting in Michigan."

Do Not Buy Bad Arguments about Election Fraud

"Most of the theories of election misconduct, even if proven, would not change the vote totals enough to overturn the outcome. That does not mean that Republicans and conservatives should roll over and do nothing, but we should temper our expectations and not go chasing rumors and conspiracy theories without evidence. The goal should be to unearth genuine misconduct, expose it to the sunlight, and prevent its repetition."