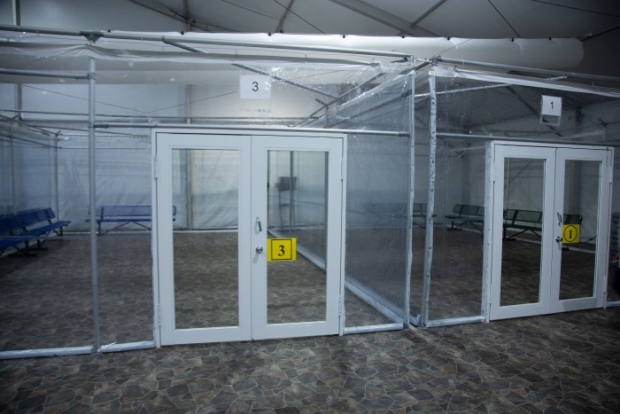 U.S. Border Patrol apprehended nearly 100,000 migrants at the U.S.-Mexico border in February. The number of apprehensions, particularly of single adults and unaccompanied minors, have risen increasingly since last summer. Meanwhile, multiple immigration bills are currently being discussed in Congress. Proposals from Democrats seek to simplify certain aspects of the citizenship and visa processes; Republicans have pitched a similar plan with added border security funding and mandatory ID screening for companies to ensure that they don't hire unauthorized workers.

News outlets across the spectrum were divided in describing the surge as a "crisis." Some outlets on all sides, but especially the right, used that term in headlines. Some coverage from left-rated outlets highlighted Trump-era immigration policies seeking to discourage migration and make the asylum-seeking process stricter, sometimes framing these moves as being partially responsible for the current surge. Right-rated media has focused on the surge more overall in recent weeks, often painting the Biden administration as being dodgy on the issue and criticizing left-rated news sources for purportedly hesitating to press or call Biden out on it.

Perspectives: Is critical race theory (CRT) valid, or is it a problem? Explore all perspectives and stances about critical race theory with AllStances™ by AllSides; Wikipedia is one of the web's most influential sites. But is it biased in one direction?; and a recent story about gun violence highlighted the rise of "plug-and-play" journalism.

More from AllSides: AllSides Live, our Instagram Live show, recently featured a chat on media literacy with Scriberr News, a nonpartisan news platform; Download the AllSides mobile app for balanced news on the go. Available for iOS and Android; and you can support our work and mission by becoming a sustaining member of AllSides. Sustaining memberships allow you to read AllSides ad-free.

"Attorneys who visited a Border Patrol tent facility in Texas for unaccompanied immigrant minors who recently crossed the border said some of the children were held for as many as eight days in crowded areas without showers or the ability to call their families."

House to take up immigration reform bills amid border crisis

"These will be the first immigration reform measures taken up by Congress this year. The votes could serve as the first barometer of the chances for comprehensive immigration reform in this session of Congress. A bipartisan agreement has remained elusive to lawmakers and presidents of both parties after nearly a decade of half-starts and broken-down negotiations."

"'I’m paying rent [in Tijuana], but we have to be here in case they call my number,' said Francisca Aguilar Garcia, pointing to a pile of blankets on a sidewalk where she and her family have slept for the past few weeks. A Honduran native, Ms. Aguilar is hoping to enter the U.S. and claim asylum along with her husband, two sons and nephew."

"The bills to help farmworkers and younger immigrants known as “Dreamers” are an effort to take targeted steps forward while congressional Democrats deliberate President Joe Biden’s comprehensive immigration plan. But it will be an uphill battle for either a limited or extensive immigration program to clear Congress as divisions both between and within the two parties over the subject continue to vex Washington. Republicans have focused on attacking the Democratic Biden administration for the new spike in arrivals at the U.S.-Mexico border."

McCarthy at the Border: If Biden Won't Act, Congress Republicans Will

"The crisis at the nation's southern border was created by the policies of President Joe Biden and his administration, and if he will not take action to solve the problem, Congress will, House Minority Leader Kevin McCarthy said Monday after leading a Republican congressional delegation on a tour of the border at El Paso, Texas."

"During an interview with ABC News that is set to air during Wednesday's 'Good Morning America,' Biden was asked by George Stephanopoulos if it was a 'mistake' for his administration not to 'anticipate' the surge at the southern border following the 2020 presidential election. Biden responded by pointing to other surges at the border in both 2019 and 2020, but Stephanopolous pushed back, saying 'this one might be worse.' 'Here's the deal: we are sending back people,' Biden insisted before dismissing his critics who accuse him of encouraging migrants during the election to come when he takes office."